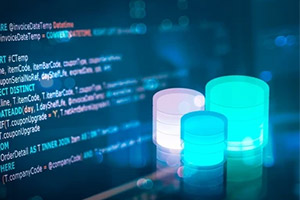 In Active Directory, you can create both security groups and distribution lists as static groups. Static groups are best suited when group memberships change occasionally. However, creating static groups with a large number of user accounts is less effective since it is difficult to manually maintain frequent membership changes.

Active Directory query-based groups resolve such use cases. These groups are dynamic in nature, which means that group memberships change dynamically based on user-defined queries. You can create both security groups and distribution lists as dynamic groups.

Hence, AD groups tend to play a huge role in streamlining any organization’s operations. Organizations deal with employees continuously joining, leaving, and changing roles within the environment. When a user’s role changes, their assigned permissions need to be updated as well.

To be specific, security groups are assigned permissions and users added to groups as members inherit group permissions. For example, you can create a security group called “Managers” with all the managers in the company as members. In this group, the members can submit their monthly data or performance data of their team members. Any team member cannot view or modify the data as they are not part of the group, hence they do not get the access rights of that group.

Since Active Directory allows for static security groups, their memberships must be manually maintained. Managing memberships based on attributes, such as the following, is prone to errors:

For example, you create a group, “Managers” for assigning permissions to certain confidential resources to manager in the company. Some errors that could occur while creating that group are as follows:

So, managing a large number of static security groups is unproductive and costly for organizations.

How to Create Query-Based Groups

Query-based groups can prove instrumental in overcoming the limitations of static groups in Active Directory, as they ensure automated updates to group memberships based on user-defined queries.

So, the next question is, how query-based groups can be created in Active Directory.

This script runs and collects the group membership on the basis of specified OU, and then adds and removes members in the static group, making it query-based.

However, this process is hectic and complicated. In case of updates, the groups must be maintained manually, which brings us back to square one.

GroupID Automate and Self-Service allow organizations to build distribution list and security group memberships based on rules that you specify in the Query Designer. Such query-based groups are termed as Smart Groups in GroupID.

To create a query-based security group using GroupID, you need to:

Each time the query runs, it fetches objects from the directory to update group membership. Managing memberships with queries significantly reduces administrative costs.

The Query Designer in Automate provides a visual interface to design queries as an alternative to writing commands. It has the following tabs:

The General tab allows you to select the type of objects that can be included in the group’s membership.

This tab lets you filter the mailboxes on any Exchange server or mailbox database.

This is the main tab in the Query Designer. It allows you to set a criterion using the Active Directory schema. For example, you can use the location, company, department, or employee ID attribute to fetch objects to include in the group’s membership. You can also apply logical conditions like AND, OR to further filter the results.

This tab lets you add external data sources like Oracle, ODBC, Microsoft SQL Server, or text files to work with Active Directory in order to determine the group’s membership.

This tab enables you to add or remove objects from the group’s membership regardless of the query.

You can write a script based on your own custom logic using the VB Script support.

Query-based distribution groups create via Exchange have indeed given few advantages, but these groups come with their own set of limitations as well.

Keeping in mind the limitations of query-based groups in Exchange, organizations have but little choice to rely on third-party applications for group management. GroupID offers a highly efficient solution in the form of Smart Groups, that enables you to define queries for both security groups and distribution lists for membership update.