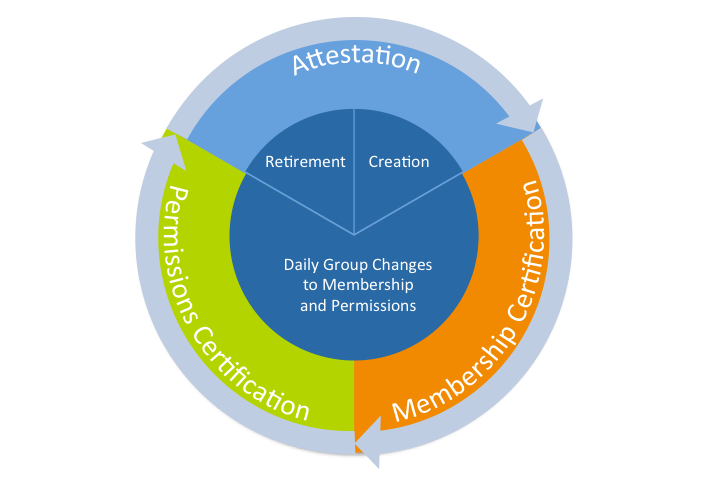 Because of the lack of attention groups get throughout their lifetime, one of the greatest security risks an organization faces is when a group lives too long. Think about it – you have groups that exist today that, despite having a clear understanding of the logic behind its membership, you have zero idea why it’s there or what it provides access to.  Even worse, you likely have a number of groups with no members, giving you zero context of why the group exists.

In many ways, the ever-living group is the culmination of a number of group management sins – no certifying of members, no certifying of permissions, possible repurposing of existing groups, and renaming groups. If all these administrative “no-nos” occur, over the years upon years a group continues to exist past its intended lifespan, it has incorrect members and waaaaay too many permissions.

In this last blog of a four-part series on creating proper AD Group Lifecycle Management, we want to look at the cradle and grave parts of a groups’ life, and see how attestation plays a role in maintaining proper group security.

The issues I raised above bring to light the need to know whether a group should exist or not. To accomplish this, you need to have the following two steps in place:

This attestation helps in two ways:

The attestation of groups keeps AD clean and, more importantly, secure by making certain on the needed groups (and the associated access they grant) exist to meet the current business needs.

Putting the Lifecycle Together 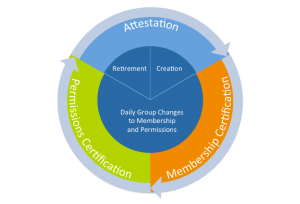 Your next step is to begin to build a process of defining the one or more owners of each group, establishing the IT processes that keep owners in the loop, and instituting a recurring process of certification and attestation.