When we talk about Active Directory groups, we are usually talking about two kinds of groups: Distribution Groups and Security Groups. Managing distribution lists and security groups is a mission-critical task for just about any IT organization.

Active Directory distribution groups work with your email client to define who is included on group messages, while security groups are used to control access to resources. Those could be hardware, SharePoint sites, applications, folders, or a host of other uses.

Or maybe not… Let’s go through them briefly to understand the types better.

The terms “distribution groups” and “distribution lists” tend to be used interchangeably, particularly if you work with Microsoft Exchange Server administrators. Don’t let this trip you up!

Used with care, Active Directory Security Groups provide an efficient way to assign access to resources on your network. Using security groups, you can

Read: Mail Enabled an Active Directory Security Group or Not?

A mail-enabled security group serves a dual purpose in an organization.

By default, most security groups have a global scope. To mail-enable them, you must first change the scope to universal, as Microsoft Exchange only supports universal as a group scope.

Open Exchange Management Shell on the Exchange Server and run the following cmdlet:

To reverse this, use the following cmdlet:

You can create a mail-enabled security group using Exchange Administration Center (EAC), as shown below.

However, you cannot mail-enable an existing security group using EAC; for that you have to use Exchange Management Shell. The group is ready to receive an email. To view your group in EAC, go to Recipients > Groups. This group is identical to other distribution groups in terms of its attributes. 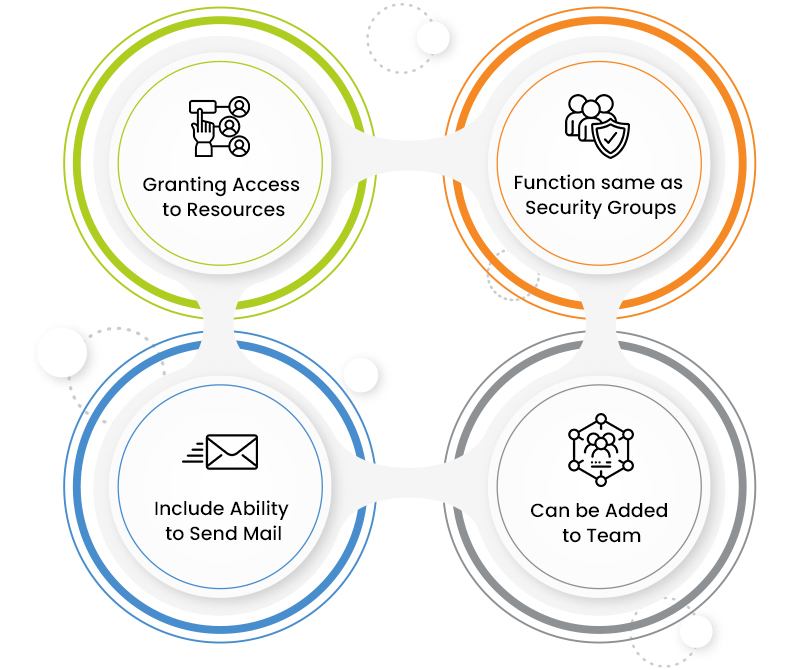 Mail enabled security groups are used for granting access to resources such as SharePoint and emailing notifications to users.

They function the same as regular security groups, except that they cannot be dynamically managed through Azure Active Directory and cannot contain devices.

It includes the ability to send mail to all the members of the group.

Can be Added to Team:

Mail-enabled security groups can be added to a team.

A Discussion on Mail-Enable Security Groups

QUESTION: So should you use a mail-enabled security group for email or create a distribution list instead?

Here are some questions that we have tried to answer this important question.

As you know, as each user object collects more and more SIDs they are going to experience decreased performance due to token bloat. Their logins will be slower, and at more than 1015 tokens, they will be unable to log in entirely.

Of course, this makes it even more important that you have some sort of lifecycle on your security groups. Pretty much any security group should be monitored to make sure that the resource it protects still exists and the membership is current, but it becomes even more critical if every group is a security group!

Must Read Resource: Verdict on Mail Enable Security Group or Not

When Active Directory Groups becomes too significant a burden to bear, it’s time to upgrade your life with GroupID. Join companies like Disney, Nike, Splunk, Hershey’s, FedEx, American Red Cross, The Federal Reserve, Cedar Sinai Hospital, and the Center for Autism, who all rely on GroupID to keep their systems up to date and secure. Get started with GroupID today with a Free Trial, and see how much more you could be doing with your Active Directory Groups while improving productivity.